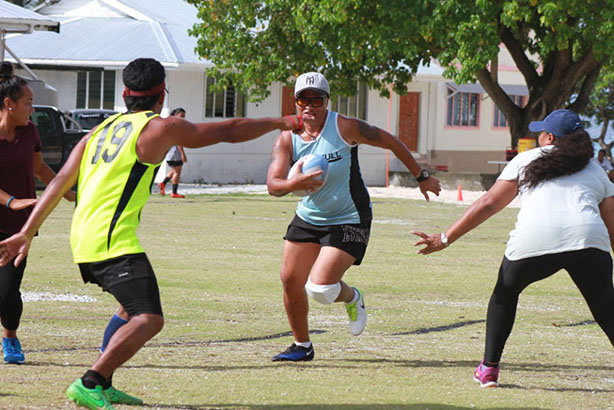 Tokelau’s national games involving all three atolls will officially open this evening [11 October 2017].
Hosted by Nukunonu, the largest of the three atolls, it continues a traditional event that some elders
say date back to the 1930s.

The 2017 event will be significant in many ways with one of the immediate impacts being the more than
50 percent boost to the Nukunonu population. The games is expected to add an extra 240 people to the
452 population that was tallied just last year for the 2016 Census.

The 240 people for the games may well set a new record, likely to overtake the number of people who
came to Nukunonu in June 2015, to celebrate the 150th anniversary of the Catholic church.

The expected spike in population, according to some of the locals, will challenge infrastructure,
services, space and accommodation, which is not surprising given Nukunonu only has 5.5square
kilometers of land area. But it does bring with it a new kind of excitement – that these factors together
could conspire to produce a first time phenomenon these isolated atolls have yet to see or experience –
a traffic jam!

It has been four years since the last Tokelau national games took place in 2013. The anticipation since,
and reality the four year wait is nearly over was realised yesterday morning when the 120-strong Team
Fakaofo and their supporters landed on Nukunonu.

The level of excitement was easily gauged when their men and women’s teams headed straight to
training in the heavy rain. Even the adjustments to the new, mind boggling World Rugby laws d
emonstrated by Samoa Rugby Union referees Kelekolio Petelo and Arona Mataafa failed to dampen
their excitement. At 6pm it was still raining. And the Fakaofo rugby team was still going through their
training and practice drills. 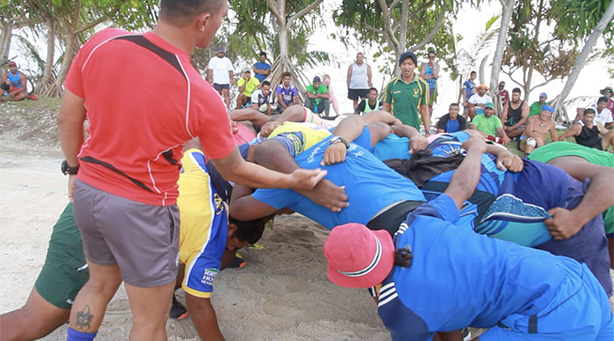 Team Atafu will have arrived early this morning.

The three-atoll tournament is renowned for its intensity and ‘no fear’ approach that many locals point
to Australia’s national rugby league ‘State of Origin’ series as a close sibling.

Nukunonu is home to the current Ulu o Tokelau, Hon Siopili Perez and Minister for Sports, Hon Peter
Patelesio. Both them expect the ‘healthy’ rivalry extends naturally to the political arena as well. And
with Nukunonu the defending Rugby Union and Rugby League champions, that every gap, every
edge is being looked at by each team with serious intent to exploit. 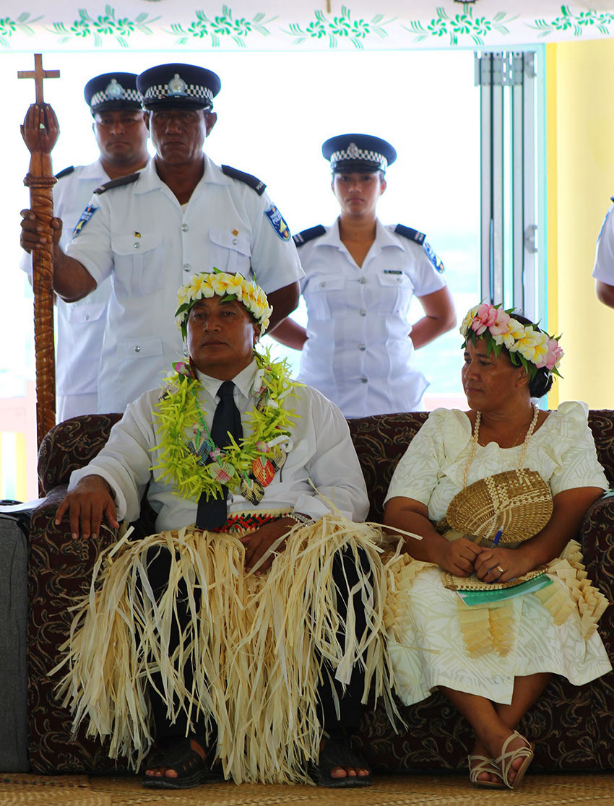 It is therefore no surprise to learn that both leaders are also the key drivers to restart and re-invigorate
the event.

Mr Perez says he is looking forward to two-weeks of tough competitions “as the build up has been the
central focus of village life over the past few months,” said Hon Perez..

“It has seen  about six weeks of hard and uncompromising training. A commitment spurred on by the fact
that we are the defending champions for rugby and league. It just means that our boys are very much
focused on keeping the trophies here. The same focus of our whole community which has seen our
individuals and families  involved one way or another.

“But you know, upsets do happen as even the All Blacks have lost a test match now and then. So, if there
is a new champion, then that team would certainly deserve it because our boys would have left everything
on the field.”

However, a number of sports events will be missing from the 2017 games due to delays in a number of
infrastructural developments.

“Sadly, the delay in some of our construction projects means the venues for volleyball and netball are not
ready,” explained Hon Patelesio.

“Without netball, our women will now compete in Touch Rugby. As host atoll, we are very fortunate to
secure the services of two touch rugby legends from Samoa in Paul ‘Spartan’ Fagasau and Frank Ah Kuoi.

“Touch rugby is important for another reason. This is a sport that we see will play a greater role in Tokelau’s
health aspirations. Potentially, touch rugby can become an activity that more of our people will become
involved with as a healthy recreation.”

Coordinator of the 2017 event is Ms Margaret Pedro, Tokelau’s Manager for Support Services. 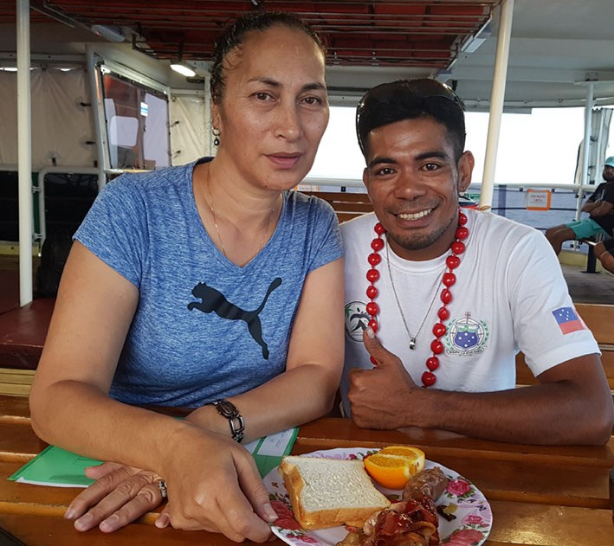 Ms Margaret Pedro and Paul Fagasau on the 24-hour boat trip to Nukunonu.

“We have managed to pull together the logistical framework for competitors, their supporters and officials and
I’m quite happy with where things are before the games proper start on Thursday,” she said.

“The other pleasing aspect as well is we’ve been able to accommodate as much as possible the supply needs
for the host; and transport/accommodation needs of each village so there is equity in terms of their preparations,
materials, training clinics, medical and so forth.”

Even the weather has chipped in she mused.

“With the amount of rain over the past few weeks, the water supply should be sufficient to cater to the extra
number of people on Nukunonu. So yes, even the weather has given us some blessings – augurs well for the
activities ahead.”

A softer ground may also mean less injuries compared to the carnage that marked the 2013 event.

Tokelau is a non-self-governing territory of New Zealand. It is located in the Pacific Ocean north of Samoa
and south of the Equator (9 00 S, 172 00 W). It is only accessible by boat, taking an estimated 28hours to
reach the closest atoll, Fakaofo, a further three hours to Nukunonu, and another six hours to Atafu.

It is made up of the three small atolls named above, separated from each other by high seas. The total land
area is approximately 12 km². The total sea area of the exclusive economic zone is approximately
518,000 km². The height above sea level is between 3-5 meters, the maximum width is 200 meters. Tokelau
is therefore particularly vulnerable to natural disasters and impacts of climate change such as sea-level rise.

The people of Tokelau are New Zealand citizens. Their relationship hailed by the United Nations as a model
for other territories and administering countries to follow.

The population of 1499 (2016 census) is spread approximately equally among the three atolls (Atafu (541);
Fakaofo (506) and Nukunonu (452). The traditional lifestyle was subsistence but Tokelau has moved to a
cash economy. The only natural resource of any current economic significance is the fishery of the exclusive
economic zone.

Tokelau has no main town; each island has its own administrative centre, hospital, school and basic
infrastructure. There are no airstrips or harbours. Access is by ship only, through the Port of Apia, Samoa.